Tales of a Travel Bug 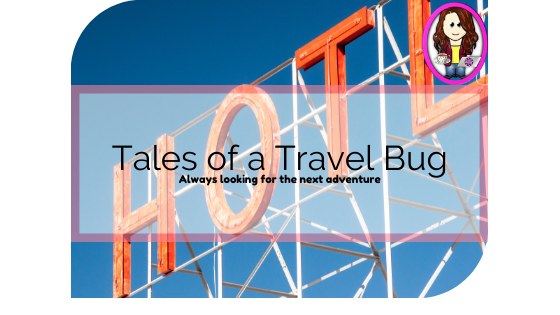 Always Looking For The Next Adventure

Ever since I can remember I have loved to travel to new places and having adventures. I guess I got the travel bug early, starting right from when I was a baby. I was born and grew up in Dublin but neither of my parents are from Dublin.

School holidays were spent visiting various family members in Kerry, Cork, Roscommon and Galway. My family would take us on day trips to various places. We visited places Alliwee Caves and The Burren in Claire, Ulster American Folk Park in Omagh, national parks, historic houses and so much more I can’t remember.  We also did the obligatory Irish family holiday to Disney World in Florida and had a school tour to South Wales.

After college I continued my travels around Ireland and worked in Wexford, Wicklow, Athlone, Mayo and Galway. I was lucky; I worked in an industry which had lots of opportunities for travel.

This not a sponsored or promoted post. I have not been paid or given any free products or services to recommend or mention any company. These are my own views gathered from my own personal experiences which I paid for. The photo is a stock photo.

As I was working and earning my own money, I started to be able to travel outside Ireland. I started off visiting family in London and falling in love with that city.

My first real trip was to Munich in Germany with a friend. I loved it, exploring a brand new city, a different language and culture.

After that, there was no stopping me. The next year a group of us went to Monte Carlo for 5 days. Mad and crazy but we had so much fun.

In between there were various trips back to family in London.

In 2001 we went to New York for the first time. Again another city I fell in love with and would return to multiple times.

Near the end of 2001 myself and a friend decided we needed a big change in our lives, so in January 2002 we moved to Munich, Germany. It was such a crazy thing to do, neither of us was really prepared but we did it. We had an amazing 1 and a half years in Munich, working and experiencing the city.

After being in Munich for almost 2 years, I was getting restless, I wanted a change but I was not ready to return to Ireland, so I went to Edinburgh. This time I was totally alone, I knew no one and I had to figure things out really quickly.  I ended up staying in Edinburgh for just over 2 years.

While in Edinburgh, I went for the first time to California and again found a place I really loved. On the first trip I was with a group and we hired a car and based ourselves in Santa Barbara. The mountains and scenery are just stunning.  I returned to California the following year on my own and again stayed in the Santa Barbara area.

By now I had been away for almost 5 years so I decided it was time to try life in Ireland again.  I came back to Dublin and soon found a job, but it wasn’t to last. By the end of 2006 I was off again, this time back to London, to live not just visit. While I was living in Dublin I managed another short trip to New York.

Before I went to London I decided to do a whirlwind tour of Europe. I booked myself on a Contiki bus tour of Europe, 7 countries in 12 days. The tour started in London, then the ferry to France. Overnight stops were in Amsterdam, The Black Forest North Germany, Munich, Austria, Venice, Rome, Florence, Lake Lucerne in Switzerland and Paris.

Then it was time for the big move to London. I really loved my time here; I stayed for about 4 years. I did so much, not just the regular tourist things but taking trips to Brighton and other areas.

While in London I also went back to California and loved it so much that now I go every year. I also managed a family trip to Lourdes, France.

Countries and Cities I have Visited